You are here: Home / The Founder 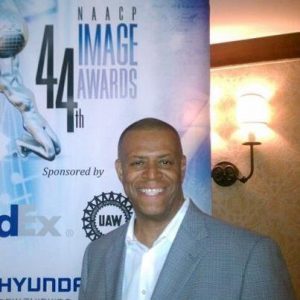 Tony Rose, recently wrote the critically acclaimed, international best-seller, the 2015 non-fiction book of the year, and a Top Ten, # Four, Best Black Book of 2015, “America the Black Point of View—An Investigation and Study of the White People of America and Western Europe & The Autobiography of an American Ghetto Boy—The 1950’s and 1960’s—From the Projects to NAACP Image Award Winner, Volume One”.
www.theblackpointofview.com– www.theghettoboy.com – America the Black point of View – Paperback (Amazon) www.theblackpointofview.com ;  The Autobiography of an American Ghetto Boy – Paperback
(Amazon)  www.theghettoboy.com 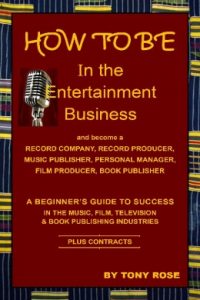 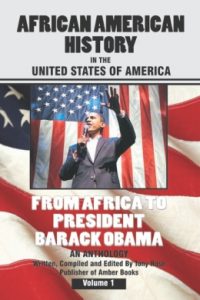 In 2001 he responded to the needs of the growing market of self-publishers and founded Quality Press, the nations largest “African American Book Packager For Self-Publishers”, in order to accommodate authors who wished to self-publish their books, and placed the Quality Press Self-Publishers Book Division under the direction of Yvonne Rose who is also an Associate Publisher for Amber Communications Group, Inc. and the Director of Quality Press.

Over the last fifteen years Quality Press has been responsible for turning many, many thousands of African American writers into Published Authors and Book Publishers.

In 2004 Tony Rose co-founded and became the Executive Director of The African American Pavilion at BookExpo America bringing together as exhibitors and attendees a community of thousands of African American book publishers and book publishing industry professionals, a feat that had been unprecedented in the over 100-year history of BookExpo America. In 2005 Rose founded the Katrina Literary Collective, which has been responsible for collecting and donating over 90,000 books for the Hurricane Katrina Survivors, he serves as a founding Director of the Harlem Book Fair National and The Harlem Book Fair/Roxbury, Mass.

He is noted as the first African American Independent Publisher to ink a multi-book, multi-year, Co-Publishing/Imprint deal with a major book publisher (John Wiley & Sons, Inc.), and the first book publisher to have titles licensed by Black Expressions Book Club with thirty five titles signed to date. In addition, Rose has acquired/licensed paperback rights from: Simon and Schuster, Harper Collins and Hyperion Books for publishing and distribution by ACGI.

Tony Rose was born in Roxbury (Boston) Massachusetts and raised in the Whittier Street Housing Projects. He was honorably discharged from the U.S. Air Force after serving in the Vietnam War, and attended the University of Massachusetts, the University of California in Los Angeles and the New England Conservatory of Music, Boston, MA. He was employed as a production assistant at the Burbank Studios (Warner Brothers and Columbia Pictures), in the accounting and sales division at Warner/Electra/Atlantic Records (WEA), an accounts representative at Warren Lanier Public Relations and as an A & R representative at RCA Records, Los Angeles, California.

Rose returned to Boston and along with record producer Maurice Starr became the primary architect of that, which in the late 70’s and 80’s would be called “The Boston Black Music Scene” a movement that ultimately led to the discovery of the international blockbusters Prince Charles and the City Beat Band, The Jonzun Crew, New Edition and New Kids on the Block. In 1979 he formed Solid Platinum Records and Productions and in 1982 he was named one of the “Top Ten Record Producers in the World”. Rose in the 80’s held recording / production deals with Virgin Records, Atlantic Records and Pavilion / CBS/Sony Records.

Rose was a successful Executive Producer, Record Producer, Record Company Owner, Personal Manager, Music Publisher, Recording Studio Owner, Recording Engineer, Song Writer and Composer for more than fifteen years. His Solid Platinum Records and Productions was the first African American production company to have a production deal with Virgin Records. In 1983, albums produced by Rose “Gang War” and “Stone Killers” by Prince Charles and the City Beat Band reached Gold Album status and shared the charts with Michael Jackson’s Thriller for six consecutive months in the number one, two and three positions throughout the world and his legendary “Prince Charles and the City Beat Band” albums “Gang War”, “Stone Killers”, “Combat Zone” and singles, have accounted for more than Four Million sold worldwide. Rose’s many music awards include “Gold” and “Platinum” Albums and “Ampex Golden Reel” Awards for recording and engineering New Kids on the Block. Rose, has also penned Before the Legend – The Rise of New Kids on the Block and …A Guy Named Maurice Starr – The Early Years, published August 2008.

Among ACGI’s most notable and diverse titles are: Multifarious Funk: The Revolution and Biography of George Clinton and the Parliament-Funkadelics, How To Be in the Entertainment Business: A Beginner’s Guide to Success In the Music, Film Television and Book Publishing Industries; America the Black Point of View – An Investigation and Study of the White People of America and Western Europe & The Autobiography of an American Ghetto Boy – The 1950’s and 1960’s – From the Projects to NAACP Image Award Winner, Volume One; Yoga Meditation and Spiritual Growth for the African American Community-If You Can Breathe, You Can Do Yoga and Find Inner and Outer Peace-The Ultimate Yoga Book for Beginners and the Young at Heart; Lady Gaga: Born to Be Free; Beyonce’-Before the Legend: The Rise of Beyonce’ and Destiny’s Child, The Early Years; Kanye West-Before the Legend: The Rise of Kanye West and the Chicago Rap & R&B Scene, The Early Years; Obama Talks Back: Global Lessons – A Dialogue with America’s Young Leaders; The African American Criminal Justice Guide-Staying Alive and Out of Jail; The African American Scholarship Guide-Thousands of Scholarships and Grants for African American Students; The African American Employment Guide-Finding and keeping a Job; Ageless Beauty: The Ultimate Skincare and Makeup Book for Women and Teens of Color; The Revised Second Edition-Is Modeling For You? The Handbook and Guide for the Young Aspiring African American Model; Tom Joyner Presents: How To Prepare For College; African Americans and the Future of New Orleans; Beautiful Black Hair – Real Solutions To Real Problems; The African American Family’s Guide to Tracing Our Roots; The Afro-Centric Bride – A Style Guide; African American History In The United States of America, An Anthology-From Africa To President Barack Obama, Volume One; Born Beautiful: The African American Teenagers Complete Beauty Guide; The African American Guide to Real Estate Investing; Lil Wayne: An Unauthorized Biography; Jay Z and The Roc-A-Fella Records Dynasty; How To Get Rich When You Ain’t Got Nothing: The African American Guide To Obtaining and Building Wealth; Pay Yourself First: The African American Guide to Financial Success and Security; Aaliyah – An R & B Princess in Words & Pictures; Destiny’s Child: The Complete Story; God Made Dirt: The Life and Times of Ol’ Dirty Bastard; Memoirs of a Superfreak – The Confessions of Rick James; and Before the Legend: The Rise of New Kids On The Block and….A Guy Named Maurice Starr, The Early Years; Eminem and the Detroit Rap Scene: White Kid in a Black Music World; Amy Winehouse: Too Young To Die…Too Old To Live and Nicki Minaj: The Woman Who Stole the World.

Tony Rose is the editor of numerous books and the co-writer of the national best-seller, “Is Modeling For You: The Handbook and Guide For The Young Aspiring Black Model”, written with Yvonne Rose, has penned the critically acclaimed, best-seller, international best-seller, “Before the Legend: The Rise of New Kids On The Block and A Guy Named Maurice Starr, The Early Years”.

For Further Information Go To
WWW.AMBERBOOKSPUBLISHING.COM  / WWW.QUALITYPRESS.INFO /
WWW.AFRICANAMERICANPAVILION.COM or WWW.GOOGLE.COM and Google Search – Tony Rose and Amber Communications Group, Inc. / Tony Rose and The African American Pavilion at BookExpo America / Tony Rose and Before the Legend: The Rise of New Kids On The Block and A Guy Named Maurice Starr, The Early Years / Tony Rose and Prince Charles and The City Beat Band / Tony Rose and Solid Platinum Records and Productions